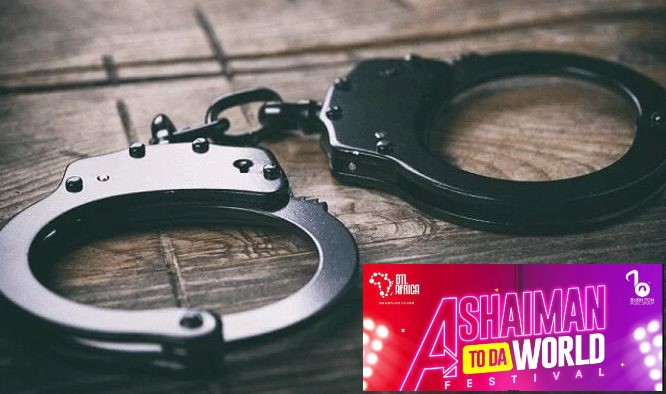 The Ashiaman to the world Festival 2022

As usual, the 7th edition of the Ashiaman to the World concert was held on 3rd September 2022 at the Saka Saka park in Ashiaman in the Greater Accra Region after being postponed twice due to the coronavirus (COVID -19).

The concert night, like previous editions, brings together residents and visitors from around the world to experience incredible music performances at Ashaiman’s iconic Saka Saka Park. The purpose (of Stonebwoy) is to shine a spotlight on the town and its people that helped shape him into the successful and creative artist he is today.

The Ghana Police Service (GPS) has arrested 42 suspects during the Ashiaman to the World concert held on 3rd September 2022 at the Saka Saka park in Ashiaman in the Greater Accra Region.

The suspects who are being held for various offenses attacked some of the funs with toy guns, cutlasses, knives, scissors, and other offensive weapons at different locations towards the end of the concert.

Items retrieved from them include 2 Toy pistols, 10 mobile phones, 5 cutlasses, 5 jack knives, 3 Pairs of scissors, 1 wig, and a tablet.

In a print statement, the management of the Ghana Police Service says all the suspects will be taken through the due process of the law.