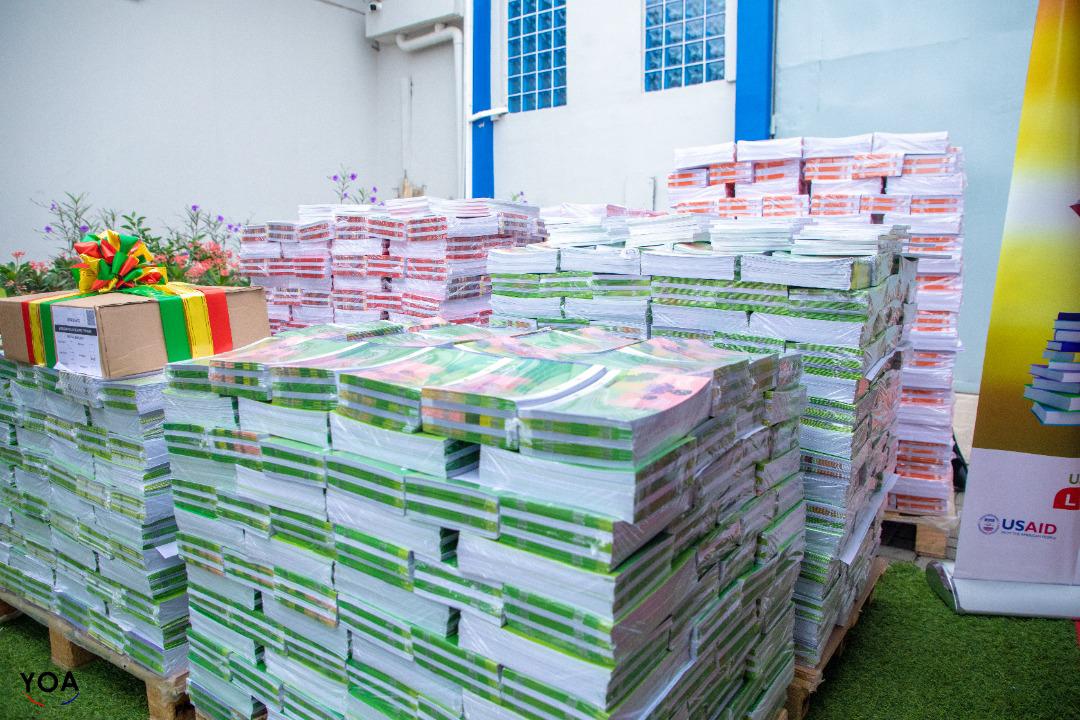 The Ministry of Education (MoE) has received over 3.7 million English teaching and learning textbooks from the United States Agency for International Development (USAID).

The books are part of the Transition to English (T2E) programme of the USAID Partnership for Education Learning Activity and would be distributed to over eleven thousand schools across the country.

The United States of America, Ambassador to Ghana, Ms Virginia Palmer, in handing over the books, stated that the US government remained positive and committed to supporting the government of Ghana in improving early grade reading achievements in English and other official languages.

Ms Palmer indicated that the idea of the learning to read programme was very important because no one can read to learn unless he or she learns to read first.

She said the delivery of the teaching materials was about $5 million. However, the entire programme was valued at $96 million.

The Ambassador noted that the materials were fully developed in Ghana by Ghanaian Writers and Designers and printed by Buck Press a local printing firm.

The Minister of Education, Dr Yaw Osei Adutwum stressed the quality of work undertaken, which he said justified the government’s decision to engage local printing companies to do the printing in Ghana and urged private individuals to also follow suit and print their books locally.

The Minister reiterated the government’s commitment to developing a seamless education from basic to tertiary in the country.

This, he said included removing all barriers from basic to tertiary to ensure that Ghanaians received the best education comparable to the rest of the world.