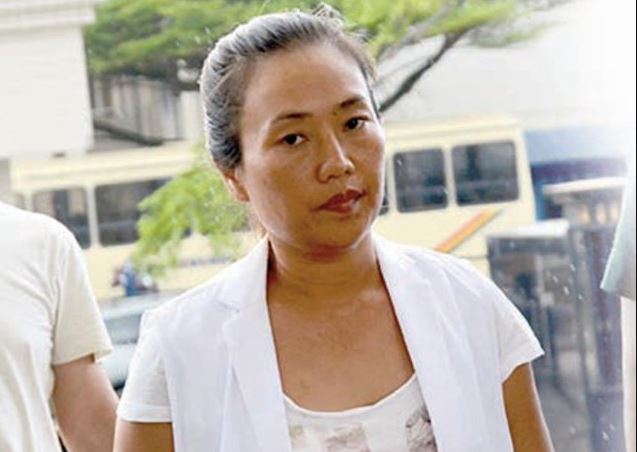 Aisha Huang (real name Huang Ruixia) is a Chinese national and galamsey kingpin who was charged in 2017 for undertaking small-scale mining operations contrary to Section 99 (1) of the Minerals and Mining Act, 2006 (Act 703). She was arrested and deported from Ghana in 2018.

In 2022, Aisha Huang evaded immigration authorities and re-entered Ghana to conduct illegal business despite her controversial deportation in 2018.

GhanaWeb revealed that Huang despite last leaving by air, returned to Ghana via the eastern land border of Togo.

Whilst the report is silent on when she first reentered and how many times she has been in and out of the jurisdiction, it turned out that she also used a different name on her return.

This was established with evidence that upon her return, Huang applied for and obtained the Ghana Card in February 2022 using the name “Huang En.”

The Citi News report added that she always sneaked out of Ghana when she got intelligence about the possibility of an arrest.

Despite coming in through Aflao, Aisha made the Ashanti Regional capital of Kumasi her base from where she engaged in the business of selling mining materials. She was arrested with other accomplices at Ahodwo in Kumasi.

This was after Miss Huang, together with three other Chinese nationals, were brought before the court on charges including engaging in the sale and purchase of minerals without a license and mining without a license.

The court could not take into record the pleas of the four suspects because there was no interpreter to help translate proceedings for the Chinese nationals.

The accused persons were not represented by a lawyer. The court adjourned sitting on the case to Wednesday, September 14, 2022.

How she re-entered the country without detection till her recent arrest has been the major question on the minds of many Ghanaians.