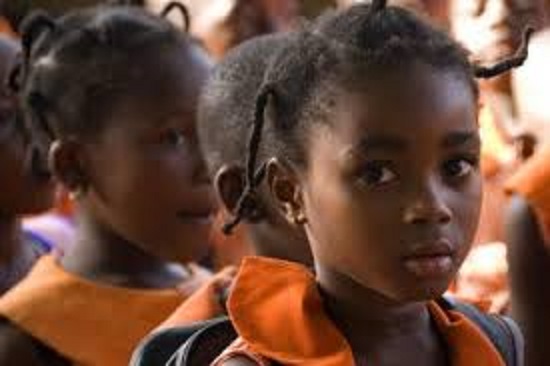 GES must review dress-code policy on hair forms and styling in primary and secondary Ghanaian Schools.

Over the years, we have been debating allowing school children to maintain hairstyle just as their White, Lebanese, Chinese, and Indian counterparts, but colonial-era policies still working in our schools. If we are truly liberated, then racially discriminatory policies should have no place among us.

What should GES do now?

Even though progress has been made in the two Rasta boys’ situations, more needs to be done. After all, GES is yet to tell us what its dress-code policies are on hair styling in primary and secondary schools. While some of us believe that GES has no official policy on hair (since our research has not yielded any), we are also aware that GES has a dress-code policy that schools use as guidance to insist that students cut their hair low.

NaCCA and its New Educational Policies in Ghana

Besides, our cultures and traditional institutions have had a long-standing practice of oral rules that though unwritten, are very powerful.

Also, with the constant conflict among parents and schools over the forms of hair and hairstyles. This task demands that the GES revises its current policy on dress-code, and ensures that hair rules are clearly outlined this time around.

In an article published in the Daily Graphic, GES has instructed Achimota to admit the two Rasta students so long as they can prove that they belong to the Rastafarian belief system. I think this stance, though highly welcomed, is not the best because it leaves many students out and continues to be discriminatory to other students.

According to the GES directive, students with growing natural hair need a prove of been a Rastafarian or denied access to education, particularly in public schools. This is problematic and outright discriminatory.

Every child, irrespective of religious affiliation or racial group, deserves equal access to education like all other kids. Therefore, the GES needs to review and develop a comprehensive and fair hair policy for all once and for all. We have all witnessed the lack of uniformity between private schools and public schools and even public schools under GES. While many private schools allow students to grow hair (mainly girls), public schools often ban hair growing. A new GES dress code policy will ensure uniformity.

One of the major groups of people that should be considered in drafting the new dress code policy is girls. Besides, Ghanaian students – both girls and boys – are asked to shave their hair close to their scalp. Even though there is no research showing that grown hair affects students’ performance. Hence, most institutions oppose hair growing in schools. Therefore, the majority of women opt for artificial hair after completing high school.

Although educational institutions are places where knowledge, critical thinking, and logic should fester, the opposite has been the case. Ghana has independence from colonial dominance. Hence, the needs to reflect in our policies, including those that police the bodies of our kids. We mustn’t treat ourselves and our kids the way European missionaries deemed it fit in the past. That’s the whole point of self-governance.

The logic that non-black students in our institutions can automatically maintain their hair while our Black African kids continue to cut theirs is problematic, discriminatory, and dehumanizing. Let’s work together to get rid of it once and for all.